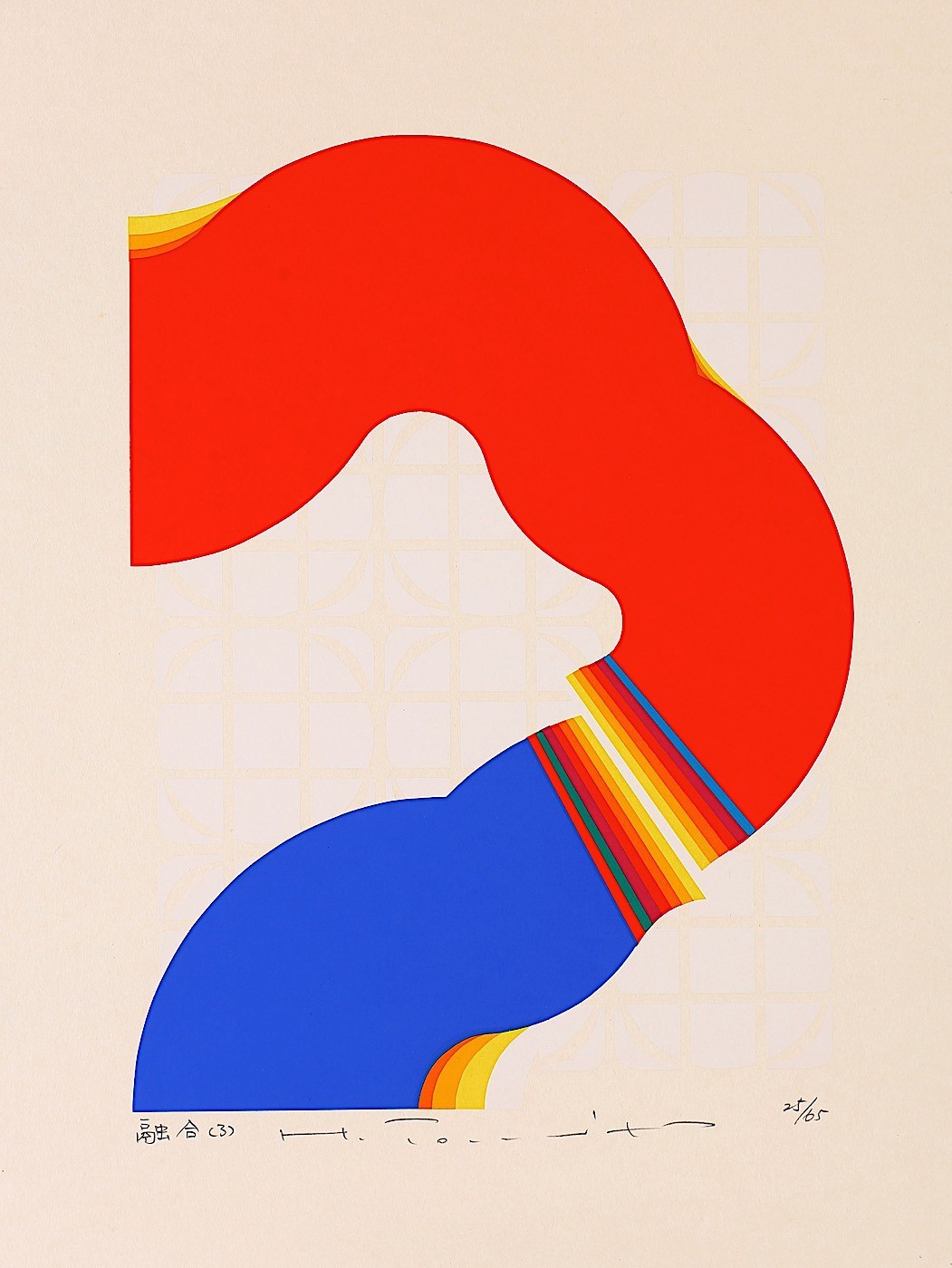 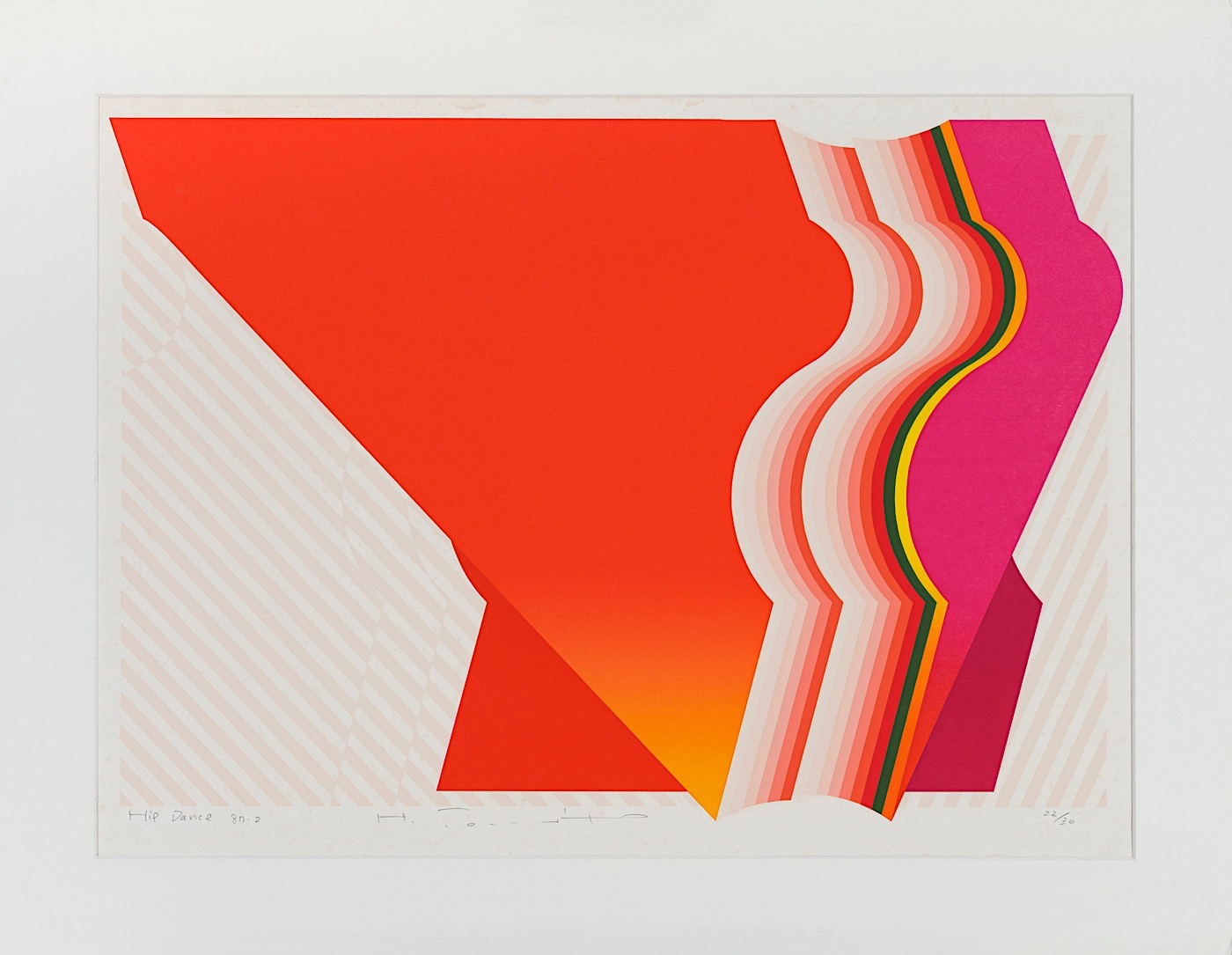 Born in 1934 in Japan. Graduated from Kagoshima University of the Arts in 1957. After graduation, he received many awards and exhibited his works at home and abroad. Tomita is a member of the Japan Print Association.

Tomita’s prints are distinguished by their sense of form, bold, bright colour combinations and precision of execution.  Although references to the geometric style of the 1960s can be found in them, including optical art, Tomita’s works are thoroughly original, unique, and their futuristic style fits perfectly into modern interiors.

Here is how Francis Blakemore wrote about Fumio Tomita in his book Who’s Who in Contemporary Japanese Graphics: “The artist uses the screen-printing technique skilfully and with exquisite precision to best represent the intensity of the voluminous colour prints. The bold shapes are dominated by circles, containing within them at least six or seven strong colours, which harmonise as well as clash with each other, thus creating a conflict between form and intense colouring, which unifies the work rather than distracting it”.